Yesterday I had a chance to put the all new 2015 Mule Pro FXT through it’s paces here in Lincoln, Nebraska, and I have to say that Kawasaki got it right.

Engine – While Kawasaki is known as an engine builder, in order to speed up the introduction of this new model the 812cc 3-cylinder engine in the FXT has been sourced from Cherry, albeit with quite a few design modifications from Kawasaki. The intake and the exhaust for the new engine are all Kawasaki, as is the fuel injection system. The engine spent thousands of hours on the dyno and has proven to be extremely reliable though Kawasaki’s brutal environmental testing. With 48lbs of peak torque, the engine is incredibly powerful and amazingly quiet.

Suspension and Chassis – The FXT has 4-wheel independent suspension (no more straight axle and leaf springs like the original Mule) with 8.7″ of wheel travel and 10.2″ of ground clearance. The short wheel base of 92.3″ allows a class leading turning radius of just 16′. The chassis is fully welded, and the quality of the components are the best in the industry.

Drive – The CVT offers standard hi and low ranges as well as a reverse. Kawasaki was adamant that gear changes should be made when the vehicle was stopped, and there is a warning label above the shifter as a reminder. The FXT has a dash-mounted 2 wheel drive / 4 wheel drive selector switch and there is also a dash mounted switch that will allow you to lock the rear differential.

Electronics – Many consumers outfit current UTV”s with lots of electronic devices. The charging system on the FXT offers a peak output of 75 amps at 4000 RPM, but more importantly, at 2000 RPM the output is just over 60 AMPS. The base model FXT has a pair of 55/60 watt headlights, and the LE models add a second pair of LED headlights. As the LED’s offer light in a more directional fashion, they greatly increase your ability to see further down the road or trail.

Seating and Cargo – Kawasaki was the innovator of the Trans configuration (more seating or more cargo) and the new FXT carries on that tradition. With standard seating for 6, the bed capacity is 350lbs. In just under a minute, one person can convert (Trans) the vehicle configuration to seating for 3 while increasing the bed payload to 1000lbs. The Mule Pro also incorporates stadium seating for the second row which allows the passengers in the back to see over the people in the front. While most of the competition are now using poly (i.e. plastic) beds, Kawasaki has decided to utilize steel for the floor of their bed, as well as a steel frame. While they tested a poly bed, the steel bed did a better job of distributing loads and also proved to be more durable.

The new mule will come in 4 different models

The Mule Pro FXT also comes with Kawasaki’s class leading (actually it blows everyone else away) 3 year factory warranty. While most other manufacturers only offer a 6 or 12 month warranty, Kawasaki believes in the quality of their off road vehicles, and this is how they prove it.

The new FXT will set a new standard for quality and performance. The ride quality is excellent, and the 45 MPH top speed will get you wherever you want to go whenever you need to be there. If you are looking for a new or replacement UTV, then make sure to check out the new FXT. 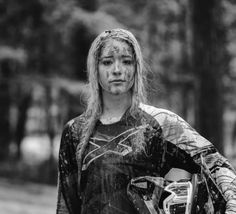 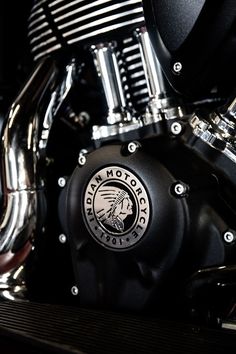